The Museum is composed of two main buildings that hosts the Lapidarium and the Museum on the Drying of Lake Fucino and a building dedicated to contemporary art exhibitions and external events. 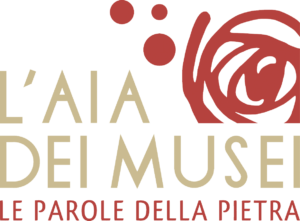 In the Lapidarium, called “The Words of the Stone”, are exposed with scientific rigor and, at the same time, with easy didactic understanding, ancient epigraphs, found over the centuries and so far kept in warehouses  of the Municipality of Avezzano. that recount the past of Marsica through stories of private, religious and political life. 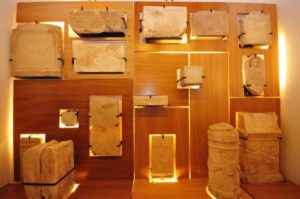 A first small room, dedicated to Avezzano before the earthquake of 1915, testifies the past of a vanished and totally unknown city, where a 3D video of the city before the earthquake, noble coats of arms, the splendid portal of the Church of San Nicola, the capitals of the Cathedral of San Bartolomeo and other pieces of great value coming from buildings no longer existing, solicit a feeling of belonging almost alien to the new Avezzanese people and, at the same time, nostalgia for what is no longer. The other sections, dedicated to the ancient inscriptions, recall a glorious past with the exhibition of epigraphs referring to historical figures, from the dictator Silla to the head of the Italic League Poppedio Silone, and coming from the archaeological areas of Alba Fucens, Marruvium, Lucus Angitiae and Ortona of the Marsi. 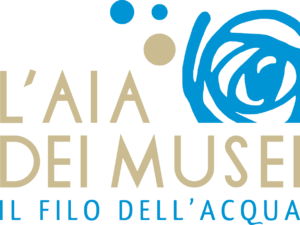 “Il Filo dell’Acqua” – Fucino Drying Museum, uses a modern and multimedia exhibition to illustrate the great hydraulic work that led to the disappearance of the third largest lake of Italy, indelibly changing the fate of generations of men that as fishermen became peasants. The lake and its history are narrated in a varied and multiform path, in which the quotations of Greek and Latin historians intertwine with images of what Fucino was and the supplicating voices of the inhabitants desperate for the misfortunes it caused. The great projects of the engineers of the past are told, sometimes, as the improbable antecedent of the magnificent enterprise carried out by Alessandro Torlonia in the second half of the nineteenth century. 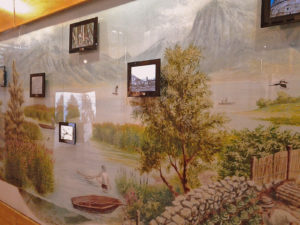 In the museum path, the drainage works are illustrated in all its facets, dedicating ample space to what has contributed to the definitive environmental and economic transformation of the Marsican territory. The testimony of Alexandre Dumas, who in 1863 wrote “La Marsica e Il Fucino” sums up the astonishment of those who came into contact with this undertaking: “Prince Alessandro Torlonia finished a work conceived by Caesar, believed impossible by Augusto, attempted by Claudius, recovered in vain by Hadrian and Trajan, and who in the course of seventeen centuries had made vain the efforts of Frederick of Swabia, of Alfonso I of Aragon, of the disputable Colonna and of Ferdinando IV. You see well that it was worth to deviate a few miles the way to admire a work that antiquity, if he knew how to do it, would call the eighth wonder of the world.